The Yin of Andrew Yang 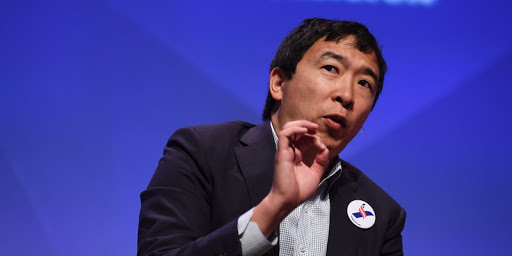 As far as Asian stereotypes go, we don't get many good ones but we do get this - we are smart. And we kick ass at math. This opens doors and I myself have benefitted from it as a Silicon Valley software engineer for almost a decade. I get job offers more easily than my counterparts of other ethnicities and at least one of my former landlords flat out told me he rented an apartment to me because of my Asian background (under the presumption that I would keep the unit clean and always pay rent on time). Being smart however brings with it more than just raw mental processing power; it carries the privilege of deeming other people "smart" or not, just like a high level athlete can recognize athletic talent in others. This responsibility is greater than most realize at first and as I learned both the easy and the hard way, can have significant impact on others. One of my girlfriends during college confided that she began falling for me when I told her I assumed she was in all AP and honors classes. I figured she was highly intelligent (she was), but simply declaring it changed her emotional disposition towards me. I have a few stories that went the other way too.

Which brings us to Andrew Yang. Andrew Yang is clearly an intelligent person, Asian or not, but the stereotype helps here. I have no doubt he is aware of these dynamics and his effect on others given his perceived intelligence. A conversation with Andrew Yang just "feels smart" and by extension, any participant must be in his league. Furthermore, anyone else who can simply follow the broad themes and underlying mechanics of the logic - say, for example, on a youtube video - must also be smart and on Mr. Yang's side of the bell curve. But that does not make it so. Andrew Yang is deliberately using his effect to manipulate the intellectual vanity of his audience. The key is, this draws the audience closer to his side on an emotional level much the way my girlfriend in college felt drawn to me. The difference is my motives as a 19 year old college kid were not nefarious while Mr. Yang's motives are almost exclusively that. In college, I did not know what I was doing (that may still be the case) but Yang knows exactly what he is doing. His business success and growing national prominence is not a mistake. 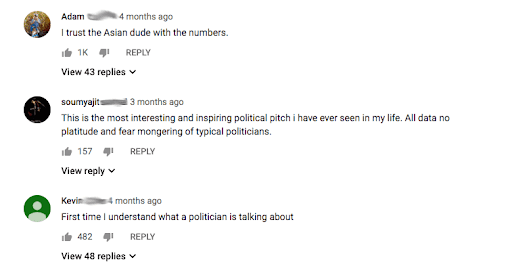 Andrew Yang's gentle demeanor, steady delivery and sophisticated word choice makes him almost impervious to the histrionics of our political theater. His calmness almost forces interviewers to match his level and thus creates a dialogue that is almost soothing, yet makes viewers feel as though they are somehow getting smarter. Yang is the news network equivalent of classical music. While viewers bask in the self-assured urbane tones of his elocution, Yang deposits thoughts that concurrently validate our most fallible impulses. This is how it works.  When we awaken from this stupor, we move forward with confidence that $1,000 per month allowance from the federal government is actually a good idea and is congruent with the principles upon which this nation was built. We know it is not but damn, it feels so good when Yang explains it.

At the end of the day, Andrew Yang is preying upon our vulnerabilities and using them against us. We all have insecurities and that plague us either consciously or subconsciously. To the skilled manipulator, these insecurities are tools for evoking certain emotions and eventually, allegiance. If you want to try it yourself, just tell one of your friends (better yet, enemies) with kids how you noticed his or her kids are "unusually bright" or "shows a lot of promise in foot-basket-soccer-lacrosse-ball".

Supporting Mr. Yang from a pure policy perspective is one thing but that's not what is happening here. As a thought-exercise, consider the following: imagine in 2016, Bernie Sanders ran prominently on the campaign promise of $1,000 per month universal basic income. He would have been ridiculously panned by the right-wing media and even some on the left would at least question the integrity of such an outlandish proposal. Is Mr. Yang subject to the same wilting criticism? Why don't we just ask Tucker Carlson.

I wouldn't say Carlson was "fawning" over Yang but watch some of his other videos where he has guests from the left - it plays out a little differently. Since the 2016 election, we have become increasingly emotional in our political discourse which is clearly clouding our collective judgement. This is opening doors for people like Andrew Yang and there will be more like him. But remember, charlatans like Yang only have power that we grant them and often, they are granted through our weaknesses. The onus is on we the people, to take back that power and demand better from our public servants. This can only happen if we are absolutely sure that we deserve better by conquering our own inner turmoil through self reflection and perseverance. Are you smart or stupid? I do not know but neither does Andrew Yang. 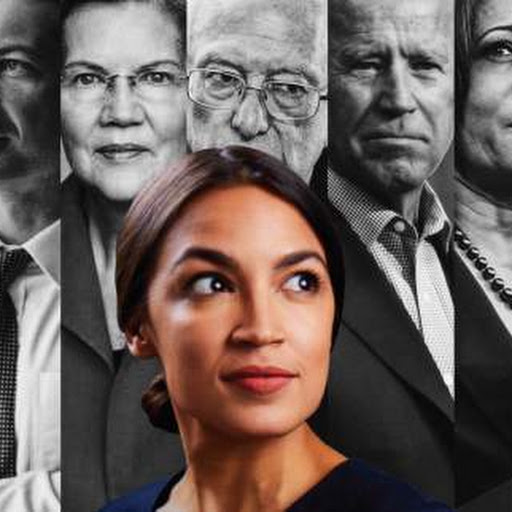 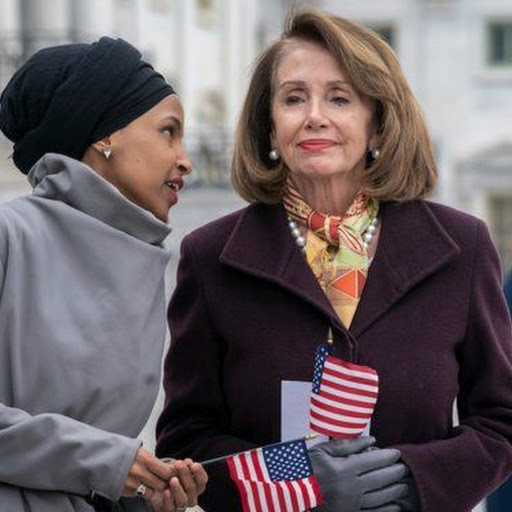 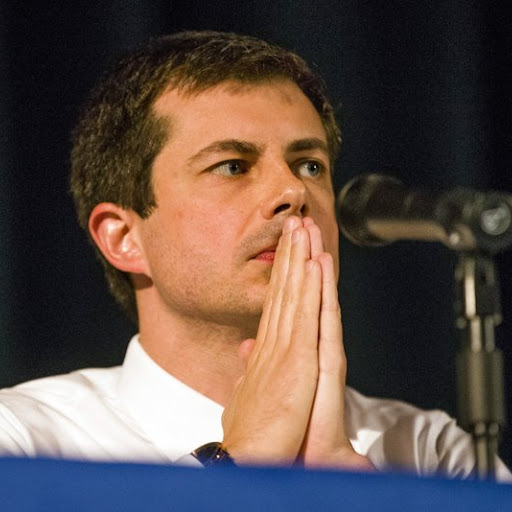